The wagging finger of architecture - Aarhus School of Architecture

The wagging finger of architecture

After having worked at Aarhus School of Architecture for almost 30 years, Karl Christiansen will now assume the role of professor emeritus.

Former rock musician, champion of tectonics, expert on concrete, professor. These are all titles that aptly describe Professor Karl Christiansen. But on 31 October he will be able to add a new title to his calling card: professor emeritus.

‘My father was a tinsmith. And I was therefore raised in a tinsmith’s workshop. In a workshop like that, doing something is more important than talking about something’, says Karl Christiansen, who during his time at the school has been using the workshops a great deal for his research in concrete.

However, the name Karl Christiansen goes hand in hand with tectonics. A concept which has been central to his research and teaching for many years.

‘In 1994 I published the book Arkitekturkunstruktioner – refleksioner mellem æstetik og teknik (Architectural constructions – reflections between aesthetics and engineering) and I did not mention tectonics even once in that book. For at the time I didn’t know that was what it was called – but it was exactly what the book was about’, says Karl Christiansen.

The dictionary describes tectonics as the theory of designing and joining form elements into a whole. But if you want to understand this, there are some things that first have to be clarified:

‘Architecture is an art form on a par with all the other traditional art forms. To me, art is specific, unique and precise – it cannot be expressed in other words or in any other way. In tectonics we work with form, material, and technique. If you change one of these parameters, the result will never be the same as before you changed it’, says Karl Christiansen. He continues:

‘Something is either art or it is not art. There is no middle ground. In this way I am a fundamentalist. And I have been criticised for that. But I insist on finding the right solution – not just a good guess.’

The future professor emeritus has published several books on tectonics. On Thursday 31 October the exhibition ‘Karl og tektonikken’ (Karl and Tectonics) will open at ONSITE GALLERY. Here you can also experience a new work by Karl Christiansen. In one of his books, he used screw clamps to illustrate tectonics, and some of the same ideas can be seen in his new exhibition. The exhibition opening event will also be Karl Christiansen’s farewell reception. The event begins at 15.00 and everyone is welcome. 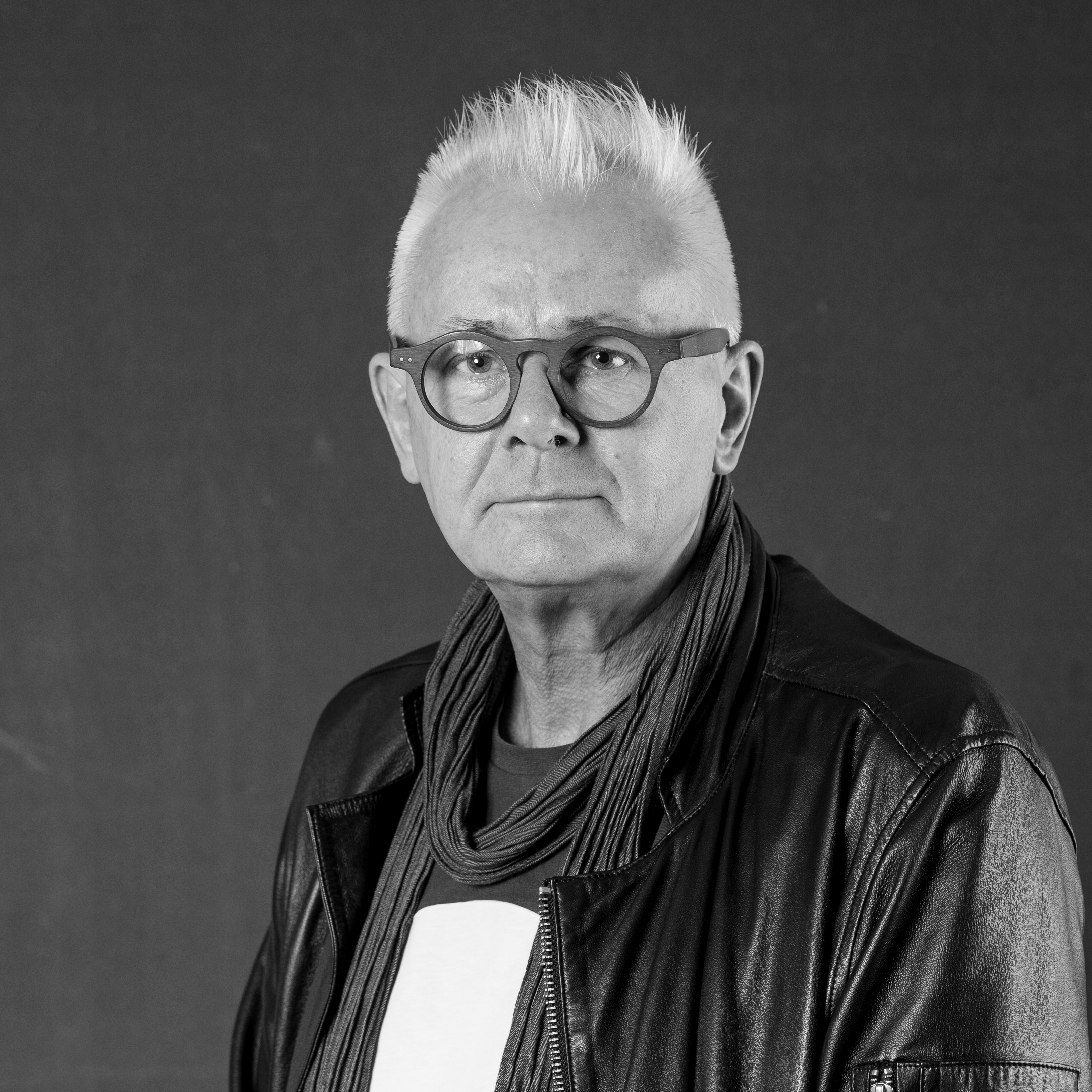 Drums and a trip to Greece

Even though Karl Christiansen can soon call himself professor emeritus, an academic career was not always in the cards. He, on the contrary, had a more practical approach to things. And he certainly did not follow the traditional path to the architectural profession:

‘I haven’t passed a lower secondary school leaving examination, nor have I taken my A-levels. After the ninth grade, I took the technical leaving exam, which gave access to training as a technical assistant. Later on I completed the first part of the constructing engineer programme,’ Karl Christiansen explains.

But while Karl was studying on the building technical programme, others things took up most of his time: Karl Christiansen was a drummer in the rock band OZON, which was a supporting act for bands like Gasolin and Shu-bi-dua. And the drums would eventually play a crucial role in Karl Christiansen becoming an architect:

‘When I started studying at Aarhus School of Architecture, it realised I would have to stop playing music to focus fully on architecture. I was admitted to the department dedicated to the art of building headed by Yannos Politis. And when we were about to go on a study trip to in Greece, I sold my drums to be able to do the trip’, says Karl Christiansen, who, while he was studying at the school was living in Studsgade, right next to the school, and was therefore able to completely immerse himself in what he describes as the exuberant environment around the school.

After completing his training at the school in 1981, Karl Christiansen travelled to Norway, where he worked in the practices Lund and Slaatto as well as for LPO Arkitektkontor. For a period, he was even chairman of Oslo’s architects’ association. After spending a few years in Norway, Karl Christiansen was visiting Denmark, driving around the country on a motorbike.

‘While I was doing the motorbike trip, a temporary position was advertised at Aarhus School of Architecture. And I ended up doing the job interview all clad in leather’, says Karl Christiansen, who got the temporary position, which would later develop into an assistant professorship.

‘When I moved back to Denmark, I had almost nothing bedsides a bed in my apartment. so I spent all my time at the school. I was completely high on architecture at the time’.

Back in the day when Karl Christiansen showed up for a job interview, the school’s current Rector Torben Nielsen was part of the committee that decided to employ the future professor emeritus. And Torben greatly appreciates the contribution Karl Christiansen has made at the school over the past almost 30 years.

‘Karl has always been focused and serious about his professional efforts and the messages he wants to communicate. It has particularly been the concepts of tectonics and the arts that have been an important part of Karl’s teaching and research. His focus has been on the need for some kind of honesty or purity that is produced through tectonics and the arts. Karl has never let us forget that architecture is art, and that this is what justifies architecture. But not as an abstraction or a pipe-dream. Rather as a specific construction or material belonging to architecture. Karl has enriched our students with inspirational lectures in which both goldfish and bricks thrown through a space have played a part. All to emphasise the points of tectonics’, says Torben Nielsen. 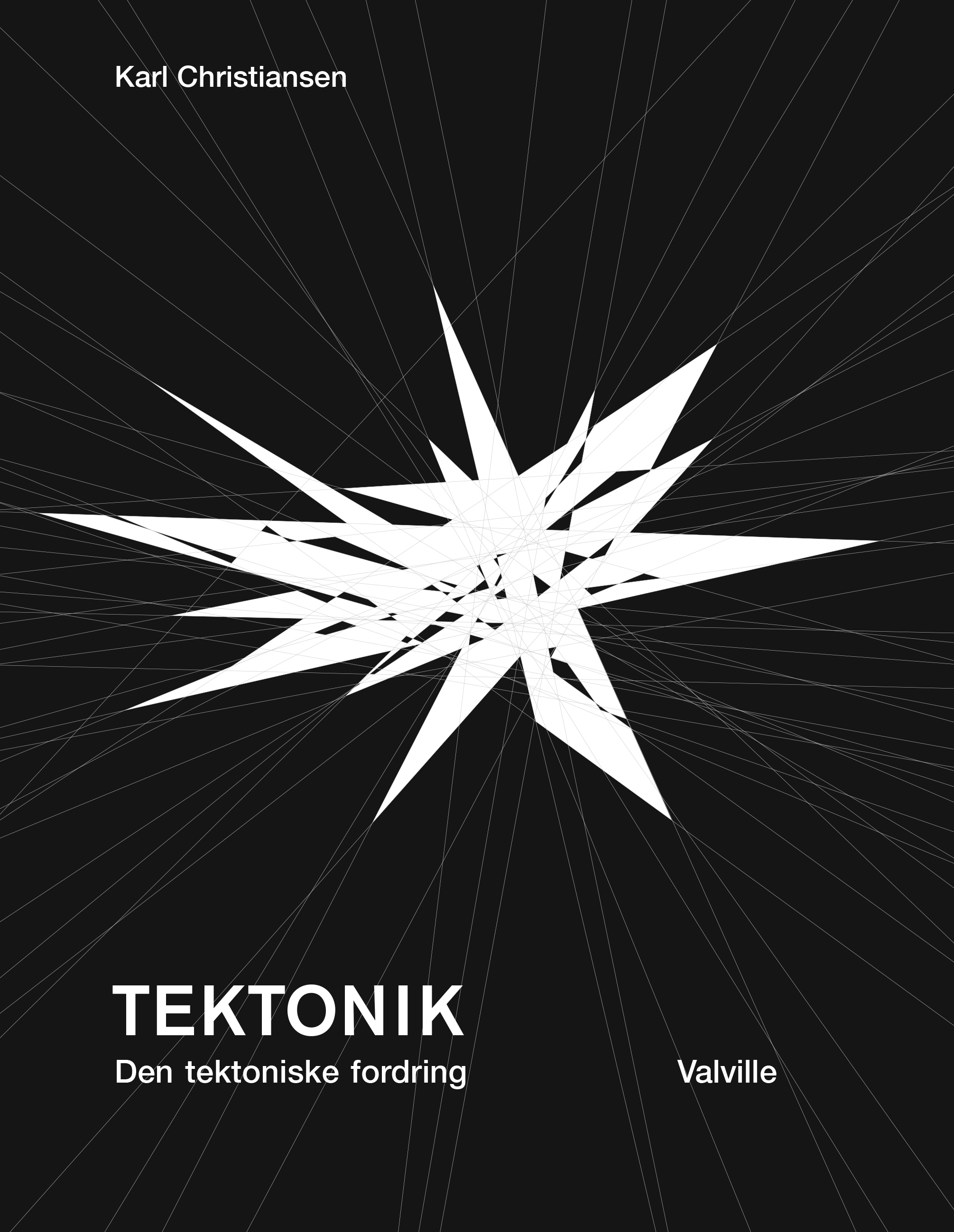 Throughout his career, Karl Christiansen has repeatedly made a name for himself with his statements, and there is no doubt that the future professor emeritus still feels strongly about architecture as a discipline.

‘I have tried to be the wagging finger of architecture. This has resulted in a few cuts and bruises along the way, but it is necessary that someone maintains that architecture actually is – and should be – art’, says Karl Christiansen. And he goes on to say that:

It is precisely this distinction between construction and architecture which, according to Karl Christiansen, will become crucial in the future, when the construction industry comes under more pressure from, for instance, political and economic interests than today.

‘I would like to see an increased focus on the building-technical aspects of the architecture study programmes, for this would prepare architects better for making their projects more specific. If we make too many compromises, art vanishes. So, the closer to reality architects are able to draw, the greater the chance that their ideas will become reality’, explains Karl Christiansen. And he concludes:

‘You have to know the principles and master the technique you use – if you don’t you are only drawing castles in the air.’ 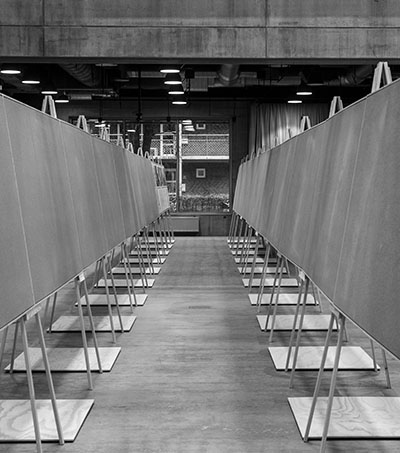 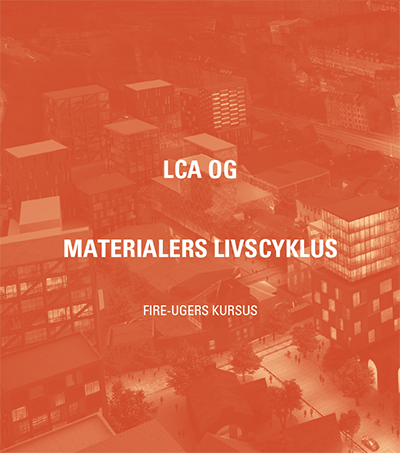 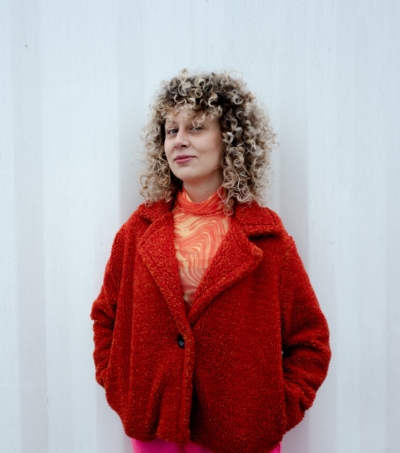 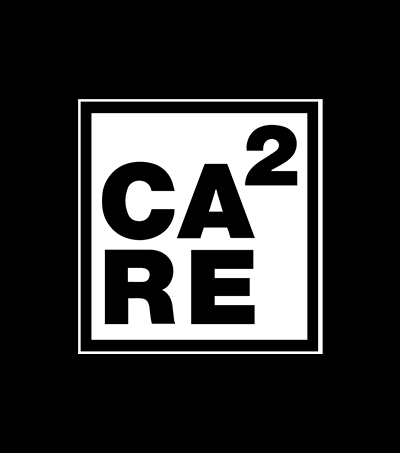 A better introduction to the labour market for newly qualified architects
Scroll to top
X
X
...