Ingelise Bogason, chairman of The School Board, awarded Knight’s Cross

As chairman of The School Board, Ingelise Bogason has in recent years been involved in the construction of a new school of architecture and has, together with the other members of The School Board, worked to set the school’s strategic direction focusing on digitalisation and strengthened collaboration with the surrounding society.

In the period Ingelise Bogason has been chairman of The School Board, Aarhus School of Architecture has undergone a significant organisational restructuring of the school’s research and teaching. A restructuring based on the focus areas transformation, habitation, and sustainability.

Ingelise Bogason was awarded The Knight’s Cross during an audience with Frederik, Crown Prince of Denmark, on 19 August. An audience she attended together with Mette Kynne Frandsen, CEO and partner in Henning Larsen. 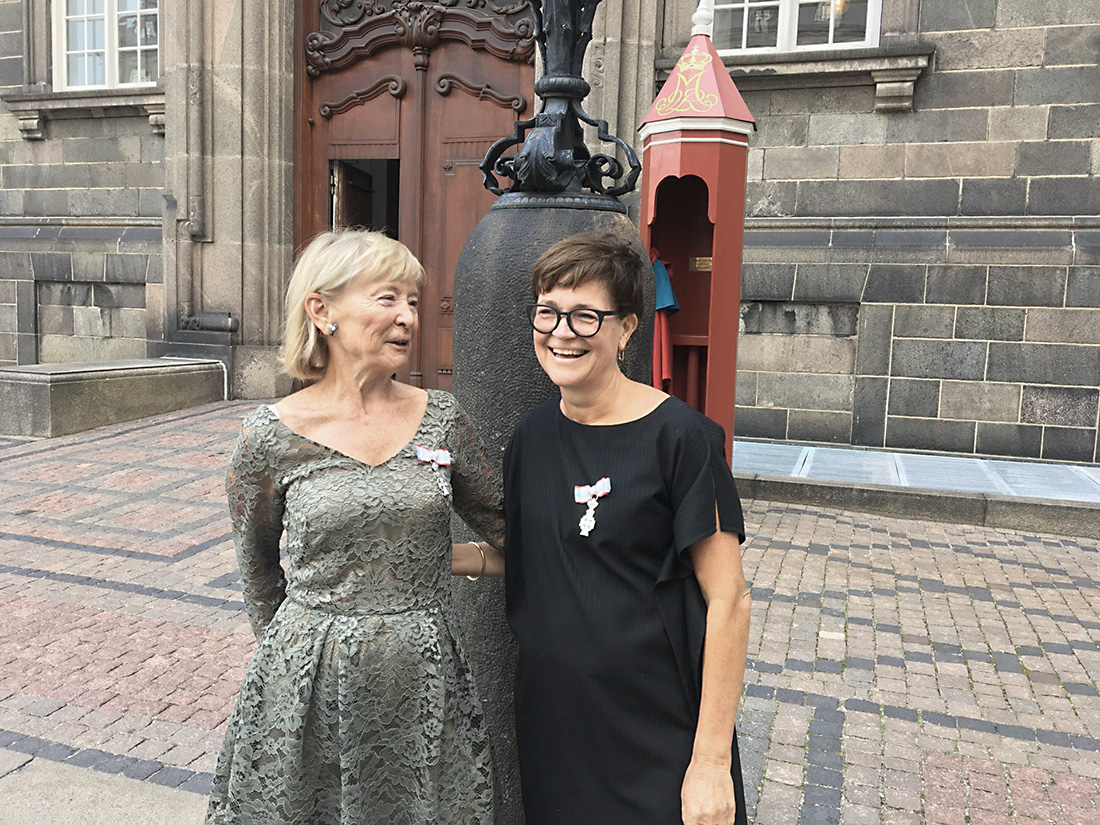 Ingelise Bogason, chairman of the board of Aarhus School of Architecture, (left) has been awarded a Knight's Cross together with Mette Kynne Frandsen, CEO and partner in Henning Larsen (right).

Ingelise Bogason (b. 1949) holds an MA in social studies and history from University of Copenhagen awarded in 1975. After working several years as a grammar school teacher and careers adviser she changed tack, taking up a position in Dansk Data Elektronik. In 1995, Ingelise Bogason was made sales and marketing director in CSC Denmark. After working seven years in various positions, including as HR manager and country manager, she was, in 2002, made managing director of CSC Denmark. From 2005 to 2011 Ingelise Bogason was managing director of the engineering company ALECTIA, formerly named Birch & Krogboe.

Knight of the Order of the Dannebrog

The Order of the Dannebrog, also known as ‘The Knight’s Cross’ is a Danish order of chivalry instituted by Christian V of Denmark. The order was later changed and expanded. The order is formally based on Frederik VI of Denmark’s open letter dating from 1808, supplemented by later ordinances. Some provisions of the statutes of the order from 1693 are still in force. The ruling monarch of Denmark is master of the order. Appointments to the order are, as a rule, based on recommendations handled by a ministry. Women have been eligible for the order since 1951.

New Neighbour will be decorated with Icelandic art
Scroll to top
X
X
...