DRAWING CABINETS AT THE LIBRARY - Aarhus School of Architecture 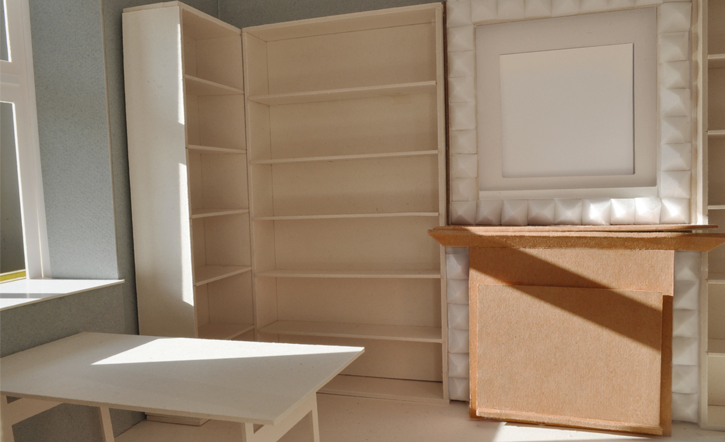 The library is about to have a  drawing laboratory at the library, but how to store and display the drawings, books, drawing materials and everything else that would fit in

The library is about to have a  drawing laboratory at the library, but how to store and display the drawings, books, drawing materials and everything else that would fit in a so-called DLAB?

As part of the course Constructing An Archive Constructs An Archive, master’s students from Studio Constructing an Archive were given the assignment to create a DLAB furniture in February 2016. It had to look like a traditional drawing cabinet, but at the same time should be able to contain presentations of drawings, techniques and films about drawing. The students had to integrate new technology as well as video equipment in the cabinet.

The students made nine different pieces of furniture, and a jury selected the winning project that will be realised as the official DLAB furniture at the library.

The winning cabinet is designed by Jazmin Charalambous and is called The Drawing Hearth.

The jury stated that The Drawing Heart has been chosen because it is in principle a convincing architectural response, a response to its particular and specific library wall, the axial approach, its smuggling between bookshelves.  It also achieves credibility and authenticity through its familiarity, the hearth/fireplace precedent.  The drawing of the month framed above the hearth will ensure an ongoing interest.  The material choice makes it a “strange bird” in its context (…). As the “seat of the analogue” (drawing) it promises to anchor this wall – it is an eminently simple and useable device, one which unfolds to tell its story.”

The winning design as well as the other models are exhibited at the library.