Should the light rail run through City Vest, or along Åboulevarden? Should Hasle Torv be redesigned?

During the autumn semester of 2015, 16 students from Studio Urban Design | Landscape Architecture have been exploring the architectural potential as well as the potential for urban development of the second stage of the Aarhus light rail system. This has resulted in 14 projects, focusing on eight different stops: Aarhus Ø, Banegårdspladsen, Busgaden, Thorvaldsensgade, Ceres-krydset, Hasle Torv/Bispehaven, Bazar Vest and City Vest. 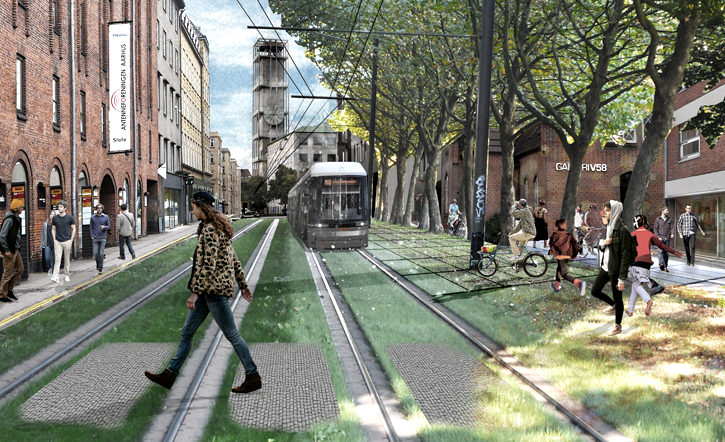 The students have been working on how to rethink and activate urban spaces around the light rail system stops. The projects present examples of major changes to some of the areas the light rail will be passing through, as well as ideas for alternative route options.

One project proposes letting the light rail run down Åboulevarden; another suggests redesigning Hasle Torv, while three projects work with how the light rail tracks should cross Banegårdspladsen – the square in front of Aarhus railway station.

”We have been working together with municipal officials and politicians. Both groups have provided input and discussed projects with us. I am very pleased Aarhus School of Architecture has been able to contribute proposals and help influence the city’s development”, says Professor Tom Nielsen, who has been teaching the course.

Kristian Würtz, alderman of Teknik og Miljø (The Department of Technical Services and Environment), has examined the projects:

”I am impressed by the students’ proposals for route options as well as by their rethinking of urban spaces along the light rail tracks. I am quite sure we will be using several of their ideas in the further process,” he states.

Tuesday 26 January a public meeting regarding the second phase of the light rail system were held at Aarhus City Hall. At the meeting the students’ proposals were presented to the participants. 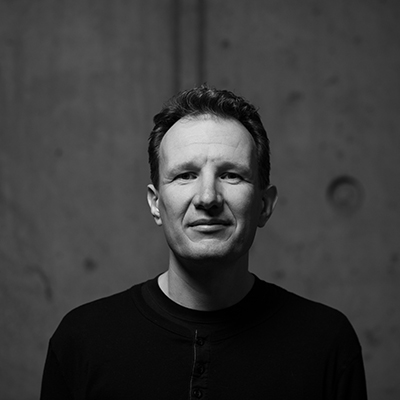 The Winners Of The Open Design Competition For A New School Of Architecture...
Scroll to top
X
X
...