YOUNG TALENTS CONTRIBUTE IDEAS FOR A NEW SCHOOL OF ARCHITECTURE

See the winners of the Open Design Competition

Young, relatively untested talents were behind two of the three winning projects in the open design competition for a new school of architecture at Godsbanearealerne in Aarhus. They were: Vargo, Nielsen & Palle and Atelier Lorentzen Langkilde, both Danish architectural firms. The third and more experienced winner was French/Swedish Erik Ciudice Architects. The competition received a total of 230 entries from 47 countries.

The form of the competition received much praise when the winners of the open design competition were announced at Aarhus School of Architecture on 4 April in an exhibition building that was packed to overflowing. All 230 entries were exhibited at the event. “We would not be here today, had it not been for the competition form that was chosen”, Atelier Lorentzen Langkilde pointed out in their acceptance speech.

The specialist judges, Norwegian Reiulf Ramstad and Danish Jens Thomas Arnfred, also voiced their appreciation of the fact that the developer – The Danish Building & Property Agency – and Aarhus School of Architecture did not simply choose the architecture firms that will be competing for the final design of the new school of architecture by prequalifying them.

“Today, competitions are mostly launched in closed forums of architectural firms with high annual turnovers to find solutions that can be managed in such a way that control can be maintained, on paper, in the best possible way. One wouldn’t want to be surprised or seduced! (…)

For this reason it is a good thing the developer and Aarhus School of Architecture chose a different approach. (…) How delightful and wonderfully unusual to launch a competition to learn more”, said Jens Thomas Arnfred. 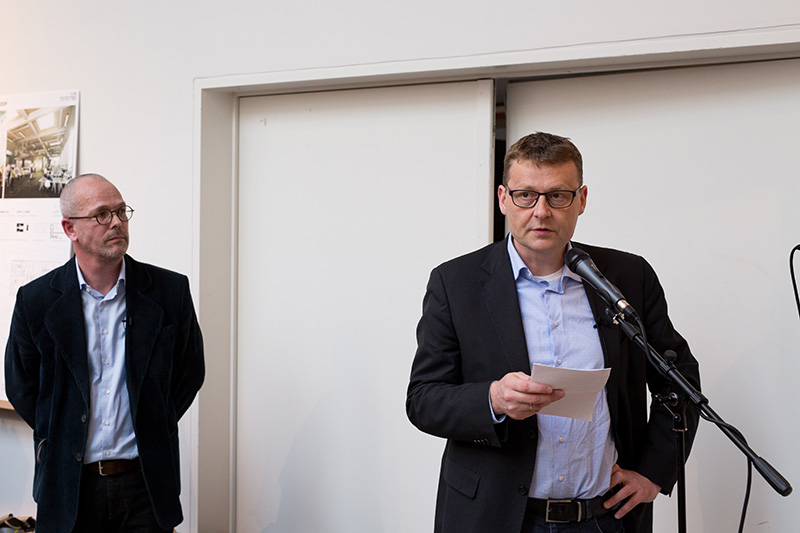 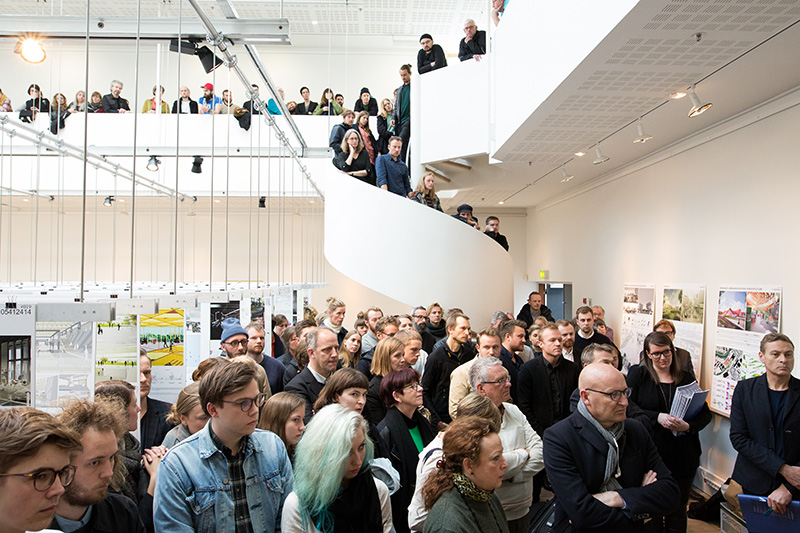 Kristian Lyk-Jensen, Vice Director of The Danish Building & Property Agency, Stephen Willacy, city architect, and the school’s rector, Torben Nielsen, thanked the specialist judges and each other for successful and inspiring cooperation. Kristian Lyk-Jensen was grateful for having been “challenged on standard solutions”, Stephen Willacy was pleased with the competition and with the future school being an essential contribution to developing a central area in Aarhus, and Torben Nielsen was thankful for The Danish Building & Property Agency having agreed to the open competition form. A form which meant all architects – experienced as well as untested – were able to participate.

He also stressed that a process has been initiated which will involve Aarhus School of Architecture’s staff and students, as well as the school’s external partners, in formulating the final requirements for a new school of architecture – a school that is open to the outside world and encourages cooperation. This process will be based on the winning projects and the twelve entries that were purchased.

These requirements will be translated into a programme which will form the basis of a restricted design competition to be launched this autumn. In this competition the three winners of the open design competition will be competing on an equal footing with the three architectural firms that have already been pre-qualified for the final design of the new school of architecture. The three pre-qualified offices are BIG, from Denmark, Lacaton & Vassal, from France, and SANAA, from Japan.

The final winner will be announced in the spring of 2017. The new school is expected to be ready for inauguration in the summer of 2020.

The 230 entries from the open design competition will be on display in the Exhibition Building at 22 Nørreport until and including 27 April. The exhibition is open Mondays through Thursdays: 10 -15 and Fridays: 10 – 14.

230 competition proposals are exhibited in the exhibition building from 4-27 April, Nørreport 22.

The base of the oven is created by using old bricks and clay mortar. Nordic craft and architecture
Scroll to top
X
X
...