The question is the answer: Alicia Lazzaroni has developed a pedagogical approach that emphasizes testing and prototyping.

Visiting a workshop run by teaching assistant professor Alicia Lazzaroni is like entering a mix between a kitchen, a greenhouse, an ecological space colony and an architectural studio. You’ll see everything from seaweed and soil samples to strange powders, crushed seashells and jars containing yeast spores.

The only thing you might struggle to find is a classic, representational model of a building. What on Earth – or Mars – is going on here?

Well, perhaps the contours of speculative, ecological and even post-anthropocentric architecture can be inferred from the seemingly chaotic display. Alicia Lazzaroni encourages her students to explore, test and prototype rather than develop fixed ideas and readymade models for their projects.

“I’m not very interested in models that purely will describe forms or conditions. I prefer models developed to test, and learn, and speculate on certain aspects. We could call them performative documents rather than representational”, says Alicia Lazzaroni.

These methods challenge the traditional architectural toolkit and seek to question the boundaries of the profession. And they do so by working across scales and temporality while always engaging in empirical studies.
“For example, if you work with a material, I’ll suggest you consider the material beyond a commodity. You could metaphorically follow it and perhaps go back to the place of extraction or production, understanding it as part of a larger assemblage of ecologies, cultures, and economies. ”

This kind of experimental, open-minded approach is indicative of Alicia Lazzaroni’s own appetite for knowledge in all of its forms, regardless of field., She had a hard time deciding what to study because she was basically interested in a lot of things at the same time. Ultimately, she chose architecture because it’s one of just a few naturally intersectional fields of study. And so, it feels natural for her to be constantly walking on the edge of the profession, trying to build bridges with other professionals like ethnographers, physicists and philosophers.

A journey of dialogues

In fact, her early career involved a daring, cross-disciplinary itinerant project. With her longtime partner, Antonio Bernacchi (also a teacher at the Aarhus School of Architecture), she undertook a series of more than a hundred interviews with scholars and practitioners across south-east Asia to better understand a very dynamic moment in the region.

Travelling by land over 15,000 km, the pair set out from Singapore, conducting interviews with an extremely heterogenous group of contributors until finally crossing the border into Mongolia. At that point, they’d been offered a job at the Chulalongkorn University of Bangkok by one of their interviewees, and the following years would prove pedagogically formative as they found an environment open to the kind of critical and speculative approach they value.

Alicia Lazzaroni routinely switches between ‘we’ and ‘I’, indicating how she and Antonio Bernacchi have been travelling and working together for so long that they see themselves as a unit.

Kicking off in Madrid

Their studies really took off at ETSAM (Escuela Técnica Superior de Arquitectura de Madrid), where they both studied for their master’s degrees. Having spent her first years as a student in a rather unfocussed way, ETSAM was where it all kicked off for Alicia Lazzaroni.

“In Madrid, there were a few legendary teachers – really proposing unconventional exercises and experimental pedagogies, deeply engaging with ecological agendas. I followed very specific professors and asked for their past study plans in order to understand how they structured those exercises and how the content and methods transformed over the years. I had an education that I felt was not so relevant until then, so it was very special to finally discover a much more plural, personal, political, and fundamentally ecological side of the discipline, with a wider framework of ethical accountability. ”.

She and her partner completed their studies in 2010 and soon faced a professional reality shaped by the financial crisis. But, true to their industrious and curious outlook, the pair pursued their goals and went around the world to work in practice in Singapore, where they stayed for four years until departing on their cross-Asian journey.

“We started to strategize how to enter a working environment that we would find more stimulating intellectually. Working in practice was great, but we sought a more critical approach to certain topics. We needed to find a strategy to boost our fortune ”

The trip, “a project of an unwise scale,” as Alicia Lazzaroni puts it with a grin, set them on a path into academia and offered a chance to test their pedagogical ideas in a fertile environment at the Chulalongkorn University of Bangkok, where Alicia Lazzaroni soon found herself in charge of the entire third-year pedagogy while also running her own fourth-year studio.

“The students were great, but they had a very specific cultural background, language skills, and exposure. Many had gone through an education that wasn’t exactly critical – they weren’t used, for example, to ask questions. So, I had to think carefully about which pedagogical frameworks could empower their capability to engage with more complex topics. g. I started to work with what could be considered ‘inverted’ pedagogies: I was setting umbrella briefs where I defined the methodology and the overall critical agenda, but the subject was brought to the table by students. It came from their personal interests and experiences, as it is much easier to deeply comprehend all the imbrications and shades of something you know from within. We worked with everything from K-pop to gaming and developed a form of situated didactic based on methodologies involving empiric testing, performative deliverables, and what we could call ‘(un)rigorous research.’”

This, essentially, was where all those natural elements like seaweed and microorganisms started creeping into her pedagogical practice. The work there also paved the way for the successful application sent to the Aarhus School of Architecture, where she and Antonio Bernacchi first entered through the main door in August 2020.

“In Europe, there are few places where positions centered on teaching exist. The job description resonated very much with our skills and our competencies. There is an ecological sensitivity here, in Scandinavia, including Denmark, grounded on environmental philosophies like Deep Ecology, so it felt like we could keep developing those agendas here. It also seemed like a very non-hierarchical place – many r European institutions in academia have a more pyramidal setup – also a bit small and, therefore, more agile. Those environments are often very fertile for exploration. Also, Aarhus is a university city with a few faculties with departments very relevant to our agenda, like media studies and environmental humanities, which suggested that certain interests that were already present in our work could hopefully start to develop supported by more exchanges ”, says Alicia Lazzaroni.

One of the prevailing concepts in Alicia Lazzaroni’s teaching is the notion of entanglement – as everything is connected, it’s fundamental to understand a wider ecological framework and to think simultaneously across different scales and times. Every decision we make as architects has a ripple effect that could affect a larger constituency of humans and non-humans.

The presence of all those strange materials in the studio workshops is evidence of this inclusive mindset.

Alicia Lazzaroni teaches at Studio 3B at The Aarhus School of Architecture.
Together with Antonio Bernacchi, she runs a side practice called Animali Domestici 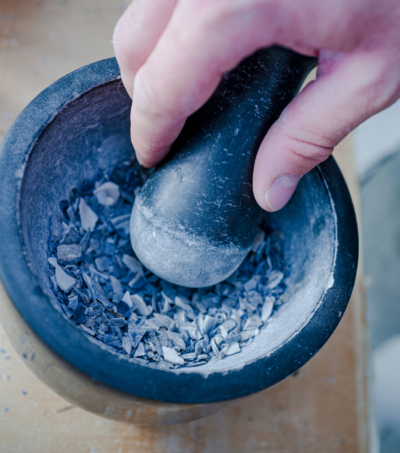 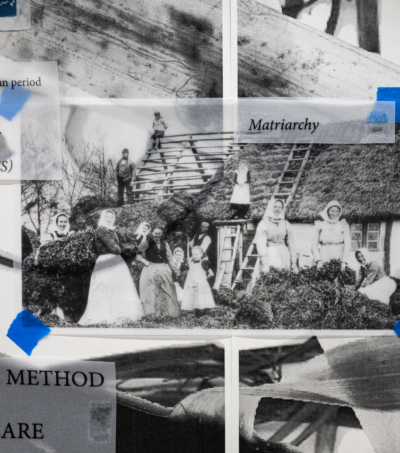 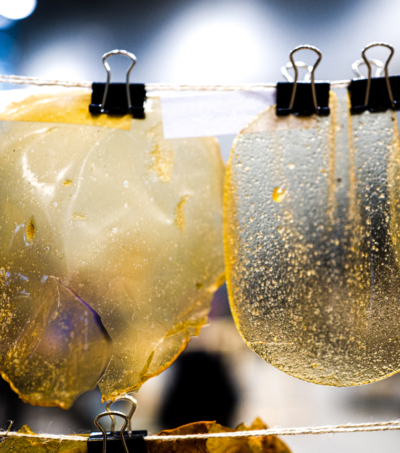 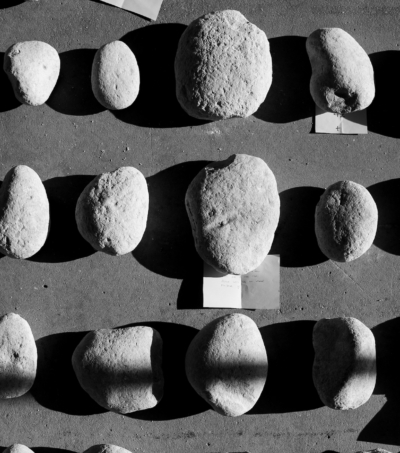 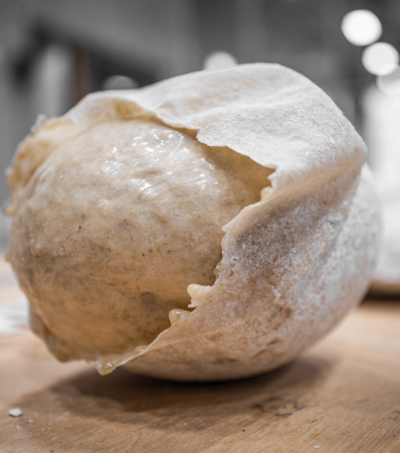 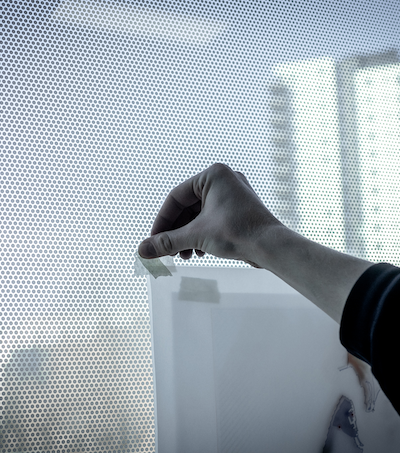 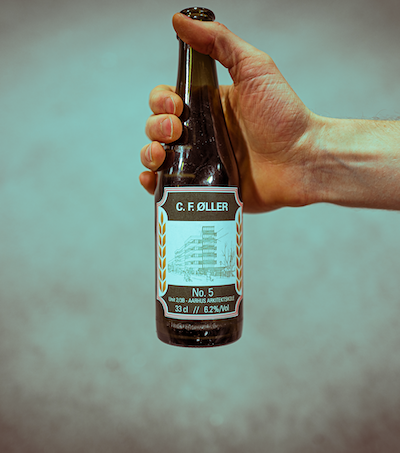 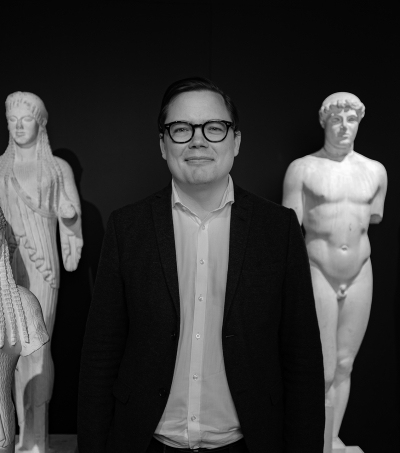 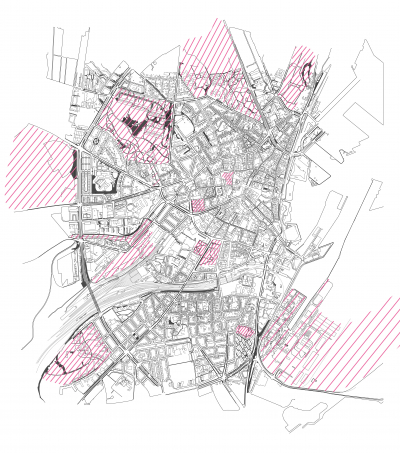 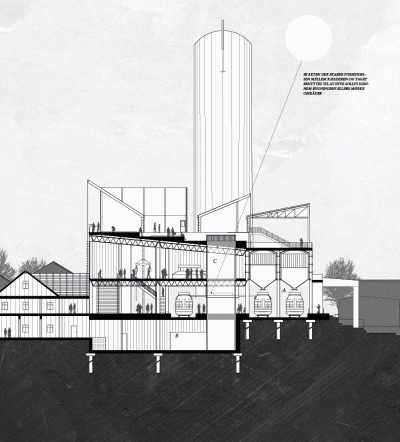 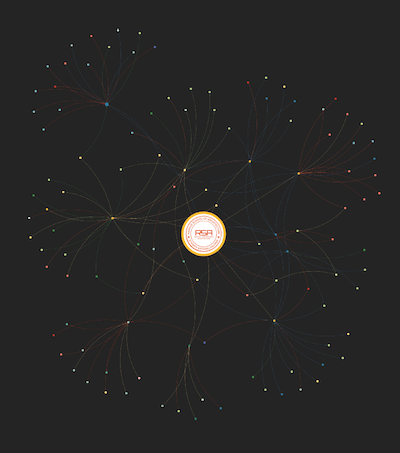 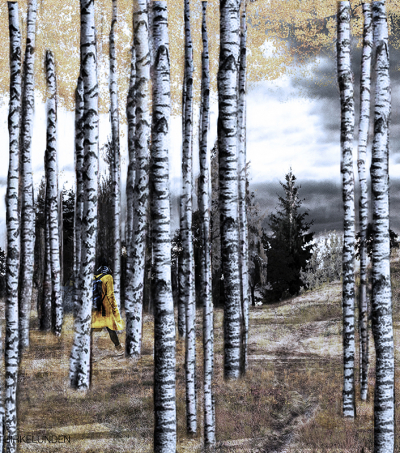 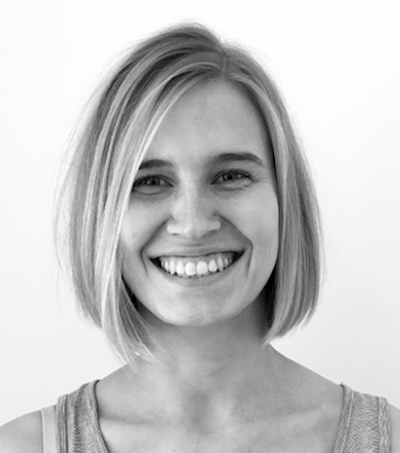