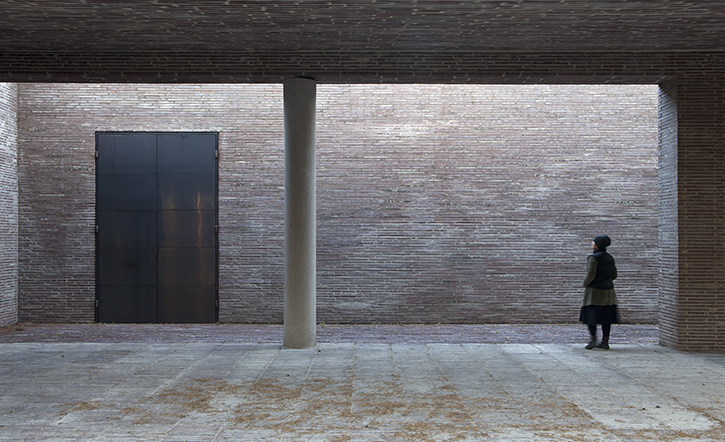 The lecture series The Ordinary Daylight focuses on architects who work consciously and qualitatively with the effects of daylight in architecture. The series is kindly supported by VELUX Denmark and the two lectures will be held at DOKK1 in Aarhus. The lectures are free and open to the public.

The lecture is called “Where the light gets in – intentions, realities, paradoxes” and is given by Johan Celsing.

Johan Celsing is a Swedish architect.
He has designed buildings for art such as: the Millesgården Art Gallery, 1999, the Bonnier Konsthall 2006 in Stockholm and extension to the Museum of Sketches in Lund 2004. Celsing has designed Academic Institutions such as the Nobel Forum 1993, the University College of Teachers 2004 in Stockholm. Among apartment buildings he has designed a Brick Tower in Malmö 2016. Lately Johan Celsing has developed buildings for rituals such as the Church at Årsta 2011 and the New Crematorium at the Woodland Cemetery 2014, Stockholm. Johan Celsing has also designed a Mosque for Rinkeby, Stockholm still to be built. He has also developed the reconstructions for the canopies by Sigurd Lewerentz of 1943. Current work includes major alteration of the University Library in Uppsala.

Johan Celsing held the professorship of Advanced Design at KTH, Stockholm between 2008-2018.
He is an International Fellow of the RIBA, the Royal Institute of Architects. He has lectured widely internationally on his work.
Among published essays are: The Robust, the Sincere 2008, Decorum, Tentative Notes on its Contemporary Relevance and Use 2013.
Johan Celsing has argued for an Architecture as: An Intense and Realistic Craftsmanship. He has also written on the proximity between Architecture and the Work of Poets in the essay: Plans, Metres.
In 2017 a boxed-set was published titled Under Construction 2011-2015 presenting recent works.