07novAll Day30ExhibitionWONDERFUL AUTOMATIONSHow can we imagine with machines? An exhibition in the Canteen by Studio 2A(All Day) TYPE OF ACTIVITYExhibition 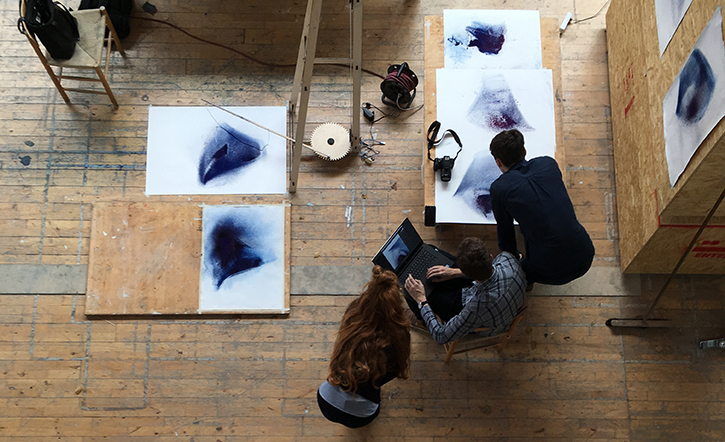 Humanity is acquiring all the right technology for all the wrong reasons. R. Buckminster Fuller The human spirit must prevail over technology. Albert Einstein Studio 2A is doing an exhibition in the

Humanity is acquiring all the right technology for all the wrong reasons.
R. Buckminster Fuller

The human spirit must prevail over technology.
Albert Einstein

Studio 2A is doing an exhibition in the Canteen called Wonderful Automatons.

Humans have dreamt with the existence of autonomous artefacts since time immemorial. From walking ducks to quasi-human robots, ingenuity has succeeded in the production of machines able to spark wonder. In literature from Ancient Greece, automatons (self-acting machines) are recorded to be cunning inventions intended for entertainment, religious and scientific purposes. Daedalus, coined to be the first architect in ancient mythology, is said to have sculpted forms with such grace that they would come out from the stone and walk.

Machines and their capacity of being both, extensions of our bodies and ‘bodies’ in themselves, have especially attracted architects throughout history and they remain to do so in our present day. In order to build and design, architecture greatly relies on machines and machines require architects to think with them wisely. In his Ten Books of Architecture, Vitruvius mentions the work of Ctesibius, who made hydraulic machines to perform as clocks, and the work of Hero of Alexandria, known as Michanikos, who is acquainted with the first automatic door and steam engine.

Vitruvius considered machinery as one of the fields of architecture, because it links directly with questions of technology, and thus making. The famous XX century motto by Le Corbusier “the house is a machine for living in” is one among many in the constellations of thoughts that have equated architecture with machines. Despite their obvious relationship to efficiency and production, machines have a long history in being objects of wonder.

Today, we live in a so-called ‘post-digital age.’ Machines, reigned by digital interfaces, software and algorithms are a natural part of our everyday life. Automated systems coexist with us in a constant dynamic flow that alternates between organized and chaotic occurrences. A tweet goes viral. Strange actions turn into unexpected habits. Big Data has become so obscure that special skills, much closer to that of wizards, are required to decode and filter information. We live immersed in a blurry set of interactions that are both physical and virtual, organized and aleatory.

In Studio 2A we ask the question: how can we imagine with machines? If our engagement with digital and mechanical technologies is so strongly rooted in how we work and produce architecture, this semester the studio focuses on pondering the role of machines as a creative tool for conceiving and reflecting upon architecture. As a first exercise, 33 students worked in groups of four to design a machine for drawing. Starting from the operational complexities of understanding coding via Arduino, students were challenged by the relationships between virtual orders and physical actions generated by motors and any extension attached to them. As with everything in the world of architects, for things to exist they must be designed and made. Students undertook the challenge of making beautiful, well-made artefacts, that in addition to their appearance, should generate, through particular performances, a wonderful drawing.

Through imagining with machines, students will continue to undertake the challenge of designing places for dwelling that emerge from their potential and sense of wonder.