This dissertation examines parking phenomenon that is indicative of broader strategies in urban transformations. Throughout the analysis, parking remains a physical counterpart of more immaterial negotiations between business owners and residents, car manufacturers and city planners, drivers and city planners, traffic engineers and architects.

Such embeddedness makes it impossible to carve parking out of its urban conditions. Therefore, the case study research method appears to be the most suitable in weaving the variety of evidence. Four primary case studies in Copenhagen and Los Angeles are centered around a widely recognized parking typology; its related legislation, the connection to other programs like commerce, housing, offices, leisure, and its role in the city-wide mobility system.

The concept of active form defined by Keller Easterling proved to be the most suitable for describing and classifying parking in this research project. An active form is an infrastructural operating system that consists of spatial products and repeatable formulas. It stands close to Aldo Rossi’s concept of an urban artifact that physically persists through the transformations of the city but gradually changes its function.

However, an urban artifact is validated by its materiality and physical presence, while active form does not require a visible form. Instead, it includes elements without distinguishable form such as rules, standards and protocols. An active form is repeatable but not identical just like the idea of a type that takes different shapes to satisfy needs and wishes in the best possible way. 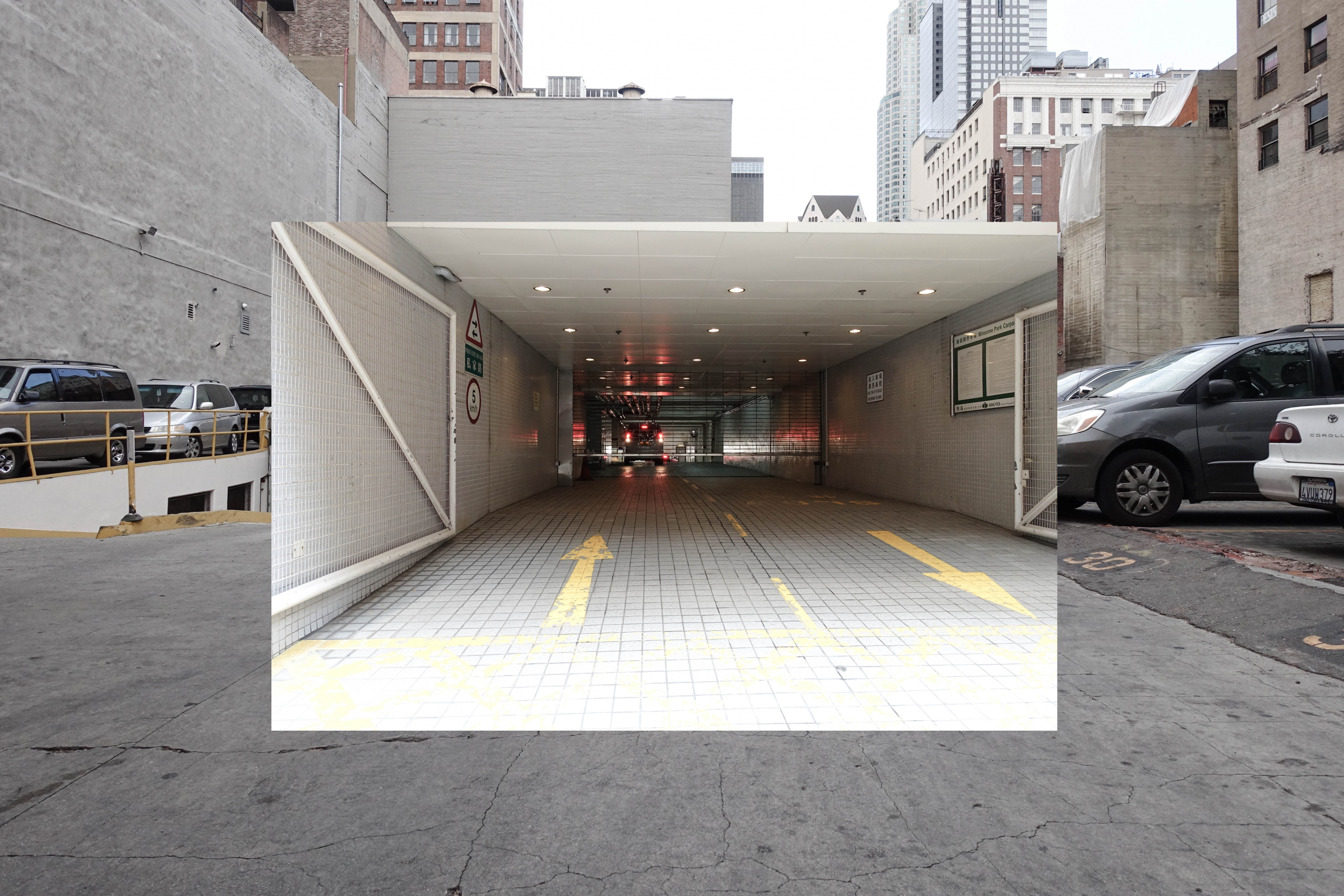 The first two case studies termed Voids and Cavities open up a critical investigation of the significance of parking requirements and management, real estate and commerce, and their interests in central districts in Los Angeles and Copenhagen. The second two termed Monoliths and Particles highlight intricate relationships between the supply of public transit, developments that accompany its construction, imaginaries of ideal living conditions and the space occupied by parking. Both of them capture and articulate the shifting conception of dwelling. The thesis also includes secondary descriptive case studies from Hong Kong and Moscow. These further develop the critical investigations of active forms from the primary case studies. By so doing, they strengthen the central arguments of the thesis.

The chosen four case studies do not represent a complete and exhaustive picture of existing parking typologies and management, but they demonstrate a methodology that can be used in other instances. A common finding in the four case studies is the difficulty of combining the dream of an individual living and individual transportation with contemporary demands of living in compact communities served by the public transit system.

The analysis of specific case studies distils mechanisms that illuminate a complex nature of parking as land use, as a part of the infrastructure, and finally as a universal cultural imperative of the right to space. In the thesis, it has been shown that parking can introduce a large-scale zoning change; it can play a vital role in preserving historic neighborhoods; it can influence housing affordability, commercial heterogeneity, and resident demographics. Keenly aware of above-listed implications this research had to operate in between established fields of knowledge like urban planning and traffic management, cultural theory and architecture. This work should be placed in the context of the discipline because of the multi-faceted nature of the discipline and its ability to reflect economic, political and technological changes in form-making.

Architectural aesthetics as a catalyst of agency
Scroll to top
X
X
...