Seachange is a term first coined by Shakespeare in The Tempest often used to describe: a metamorphosis/alteration, or more directly a transformation wrought by the sea.

Seachange is a project investigating the spatial and temporal dynamics present when statically planned cities (striated space) are superimposed ephemeral landscapes (smooth space); and the entanglement of society and nature in times when it is no longer just man subject to nature (the holocene) but also nature being shaped and conditioned by human desires (the anthropocene).

The point of departure is the current situation in which coastal nations are reconfiguring the interface between city and nature in coastal territories. A situation driven forth by an increase in urbanization where the population migrates from rural areas to urban centers predominantly located in the coastal zones and due to the accelerating processes of change altering their physical composition.

But the inclusion of the aesthetics (aesthetics meaning not the beauty but the conditions present such as the factor of perpetual change, temporal dynamics, atmospheres, typologies and physical attributes etc.) of the coastal territories seems to be neglected in this process leading to statically planned cities becoming increasingly disconnected from the natural surroundings still sustaining them and thereby diminishing their resilience against natural and societal changeability. 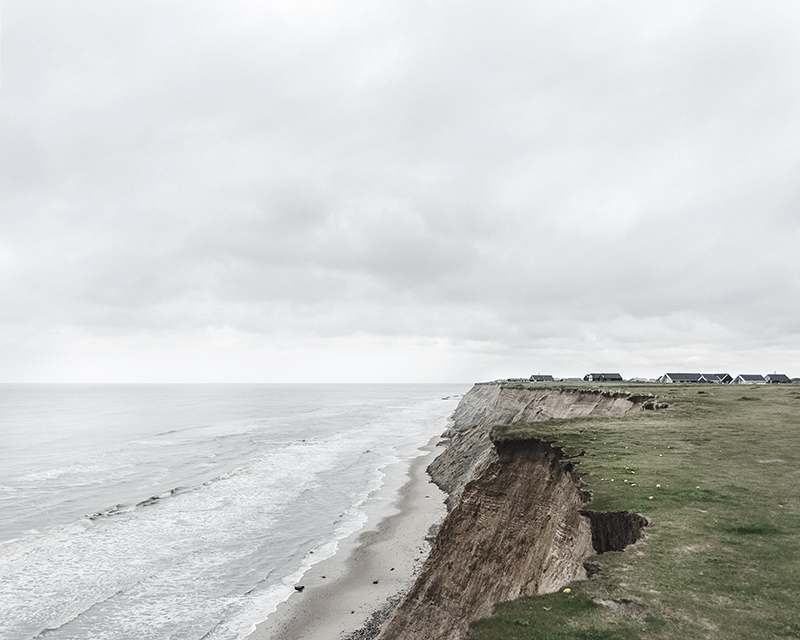 I believe the aesthetics of the coastal territories needs to be implemented into these planning strategies as a prerequisite for coastal urbanism.

The project thus seeks to uncover the aesthetic properties valuable to better understand the entanglement of society and nature and the temporal dynamics present when planning in ephemeral landscapes. And to investigate how they may contribute to a more distinct and resilient coastal urbanism.

To do so I will conduct a recording of the coastal territory that not only conveys present conditions but also represent past process and underlying dynamics as to add perspective to the notion of perpetual change as a constant signifier for coastal territories.

Secondly by way of future narratives to project these finding as to accentuate the potential they may hold when adopted into coastal urbanism.

Thirdly to communicate them in such a manner that they serve not as concrete solutions based on present conditions but as narratives able to span time and scale making them robust against the various unknown factors still to be uncovered with the current seachange.

This leads me to ask the following questions: